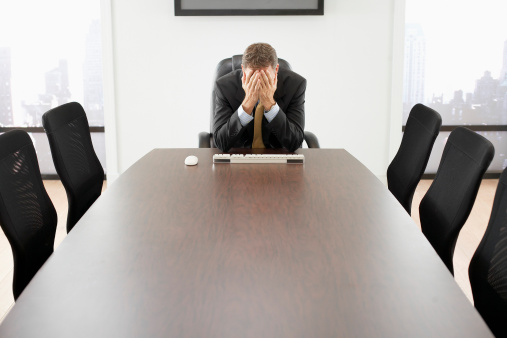 One of the most common things we have seen in the corporate world is a phenomenon we will call, â€œLEADERSHIP FAILUREâ€.

In truth, there is no â€œproblemâ€, per se, with top management because they would not be there if they did not have the requisite skills, capabilities and achievements which have been displayed in the past as their track record (please note that this is TOP management and not middle management â€“ usually at the VP level and higher).

While it may be possible that people can â€œget awayâ€ with being promoted at the first 2 levels of leadership (usually referred to as the â€œSupervisorâ€ and â€œManagerâ€ stages), this cannot be held true as the levels go higher.

This is potentially fatal. The fact is: being promoted to the next level (usually a supervisory level) is a totally different job description from that of being a salespersonâ€¦

While an element of sales is still required, the prime focus is now developing the salespeople under him. This is a task the person is rarely equipped for. There is usually no prior training given to help the person assimilate into his new task simply because the leaders above fail to understand the premise behind it.

While this is a type and form of Leadership Failure, this is not what we are talking about… This person who has been thrust into a new role is more of a victim than a perpetrator; the Leadership Failure lies in the people above this newly-promoted person who promoted him in the first place.

Leaders need to understand the bigger picture and see the reality in it.

â€œThe first responsibility of a leader is to paint reality.â€ ~JOHN C. MAXWELL

Realistically, the newly-promoted supervisor/manager will not succeed simply because he is not equipped to do so. If you couple this with the wrong picture/viewpoint painted by the immediate superior, this practically assures failure for the person.

Worse, the cycle perpetuates because the newly-promoted supervisor/manager will â€œdefaultâ€ back to what he knows to do which is to sell thereby growing the failure in the team because the salespeople are left to fend for themselves. Sadly, if there is one who â€œrises against all oddsâ€, then this person, too, will be promotedâ€¦

More on Part 2 of this seriesâ€¦