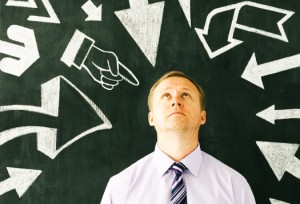 It is true that the newly-promoted person who was not equipped with the requisite knowledge, skills, and mindset is a VICTIM. However, he doesnâ€™t have to stay that wayâ€¦

Once the person becomes aware of the â€œwrong startâ€ received, it is imperative that this cycle be broken. While there are many ways to do â€œgo aboveâ€ this situation such as assimilating more training and others, none have such a great impact as changing oneâ€™s mindset/outlook towards this.

Leadership is about the people. Only when a leader takes his eyes off himself will this have a chance to take root and grow. But antithetical to this is that one has to first grow himself in order to grow othersâ€¦

The first thing a leader needs to do is to â€œraise the lidâ€. Unfortunately, that lid is usually the leader himselfâ€¦ Hence, awareness needs to be first dawning on the leader for advancement to happen.

The problem was that the leader was ill-equipped to assume the new role but was, rather, thrust in it. The solution thereto is to equip oneâ€™s self. How? By first changing their outlook (i.e. realizing that they do have much to learn) and, next, by doing something about it (i.e. learning, studying, training).

While the obvious focus will be on hard skills (aka technical skills), the path to take is actually in the soft skills arena. This raises the competence of the leader to handle people (note: the competence of the individual in the technical area should be laid to rest because this is what caused the personâ€™s promotion, after all). In actuality, this is what raises the personâ€™s competence to be called a â€œLeaderâ€.

Focusing only on technical skills is the Leadership Failure we are referring to in this segment.

In our case study of a person being promoted as a Sales Supervisor because of excellent sales figures, focusing on learning more about sales will eventually result in the Law of Diminishing Return. Hence, the area of growth is in the non-technical or soft-skills area.

Focusing on learning how to a better leader (versus being a better salesperson), will allow the Leader to grow in management and leadership of his team. This should necessarily help the leader avoid the same pitfall of â€œpromoting for promotionâ€™s sakeâ€ similar to what happened to him. As such, the cycle of Leadership Failure begins to be broken.

Next blog: Taking it further